Apple Gets Tough with China 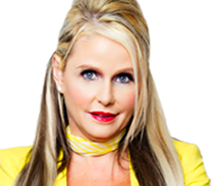 Trade between the U.S. and China is necessary for the success of both economies; but recently China is becoming a bully to American business. Apple, the world’s most admired company, is the latest victim of China’s hostile legal system.

While every country passes laws to ensure security for domestic companies, China’s patent laws allow firms to patent designs already owned by other businesses outside of China.

The issue is twofold. First, these laws allow Chinese firms to profit off the intellectual property developed by foreign (often western) companies. Second, these Chinese firms can then sue the foreign companies for copyright or patent infringement, forcing multinational firms out of China.

Because of these internationally contentious laws, Apple is now barred from selling its iPhone 6 and 6s in Beijing, a city of over 21 million people. Due to these laws, Apple’s sales are hurting in China, and causing investors back home to worry. Carl Icahn dumped all $5 billion of his shares fearing the Cupertino tech giant will soon fall into decline.


Right now, we need a national leader who will stand up to China and protect American business interests... or else the Chinese government will continue to permit its native companies to profit off stolen designs and ideas. [more...]
Posted by Sandy Frazier at 8:41 AM